You can find Return – A Light Novel Series on Wattpad.com.

My author blog has moved to James Kresnik – Author and Malcontent [Returnnovel.com]

“Soon enough, it would be dusk.”

Fourteen-year-old Esther and Joshua are biologically enhanced, superhuman Survivalists—the last remnants of an ancient scientific culture living in an isolated mountain stronghold. As Guardian Trainees they endure a spartan lifestyle of brutally intensive academic, military and technical training. Soon, they will begin final trial that will set their future in stone.

Esther—a model Trainee and clone of the Lead Guardian—longs to see the world while quietly struggling with the burdens of leadership. Joshua—a born rebel indifferent to authority—desperately wants to set his own future. Despite their differences, they find each other as kindred spirits, and plot a seemingly hopeless escape from a seemingly never-changing world.

But their world is turned upside-down when the Imperium—a powerful and sadistic civilization—invades the authoritarian Collective, threatening the Settlement and triggering the resurfacing of a dreadful past.

Amidst the chaos of war, the lovers fight for freedom resumes the cycle of history while pushing their minds, bodies, and spirits to the limit. 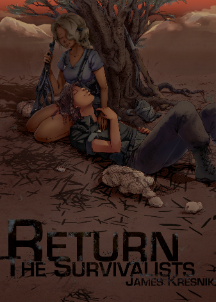